These are such as Aadhaar-based biometric, OTP or demographic authentication for availing various services. UIDAI via its Twitter account has also given a tutorial, for better knowledge of this service. One can click on the URL https://resident.uidai.gov.in/notification-aadhaar for availing Aadhaar Authentication History service at UIDAI. 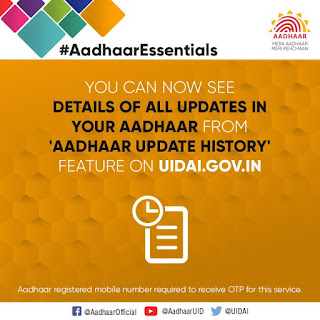 Here’s how the procedure works, as per UIDAI.

However, it needs to be noted that, registered mobile number is mandatory to avail this service. 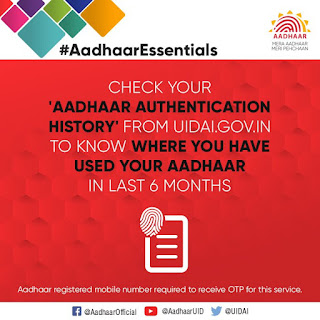 Aadhaar number holder can view details of all authentication records performed by any Authentication User Agency (AUA) or by him/her in the last 6 months. However, a maximum of 50 records can be viewed at one point of time……….Read More>>